Candidates of major political parties contesting the June 26, 2018 elections in Loralai, Balochistan, have pledged to put education on the top of their priorities if they are successful.

This commitment was made at an event in the city on June 26, 1018 which was organised by Sabawon Balochistan, in collaboration with Alif Ailaan.  Candidates Pakistan Tehreek-i-Insaf (PTI), Jamiat Ulama-e-Islam (Nazriati), Pakistan People’s Party (PPP), Pashtunkhwa Milli Awami Party (PKMAP) and Jamaat-i-Islami (JI), contesting for NA-258 and PB-4 of Loralai district, were present at the event.

Addressing the audience, the candidate of PKMAP, Mr. Shams Hamzazai, criticized his own party for not delivering in education sector as PKMAP had education ministry in previous provincial government of Balochistan. He admitted that efficiency of previous government was below par as far education was concerned.

Some of the other significant points raised at the event included. 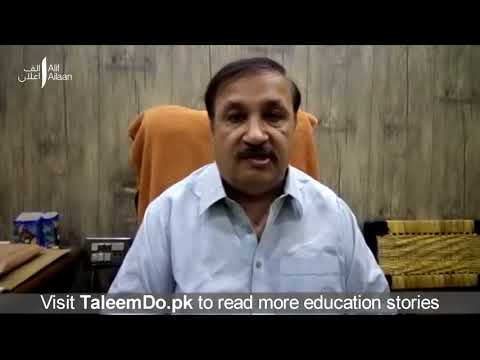 The case for a culture of learning

We have spectacularly failed to develop a culture of learning

Making learning meaningful is an imperative