Wins, losses and challenges for the future

Khyber Pakhtunkhwa’s schools have suffered both from neglect and from the concerted attacks on schools across various parts of the province. Education at large has been a domain for severe political contestation between ordinary Pakistanis and violent extremists—perhaps best symbolised by the attempt to assassinate young education activist Malala Yousafzai in 2012, and the savage attack on the Army Public School in Peshawar in 2014. Yet the people of Khyber Pakhtunkhwa have consistently sought schools that offer a quality education to their children.

This demand for education has constantly been compromised by both historical neglect, and by the very specific circumstances in the province. No treatment of the context in which education is offered to Khyber Pakhtunkhwa’s children can be complete without taking into account the impact of migration. The province has been host to at least three million displaced people from Afghanistan since the 1980s, and has had to deal with the internal displacement of millions in various waves since 2005, including substantial movement within the province, from Swat, to Swabi, Mardan and the rest of the province in 2009, and from the Federally Administered Tribal Areas (FATA), at various occasions, perhaps most significantly from North Waziristan to Bannu, Dera Ismail Khan, Hangu, Lakki Marwat, and Tank in 2014. There has also been a substantial migration out of Peshawar from among the elite and educated upper middle class, to other urban centres of the country, most notably Islamabad and Karachi— throughout the past decade and a half.

The costs of this displacement have been two fold. The first is the pressure under which the government’s education resources have been. This downward pressure has rarely, if ever, been acknowledged in terms of province- level policy instruments to deal with it. The second is the depletion of the stock of high end human resources in the province, which has, anecdotally, had an impact on the quality of teachers available to the province at large, and to elite private schools in particular. On the whole, education in Khyber Pakhtunkhwa, and in FATA has suffered like few other places across Pakistan. Whilst this document does not cover FATA, there is virtual consensus that whatever crisis in education that exists across Pakistan, or in Khyber Pakhtunkhwa is but a small sliver of the crisis that FATA’s children have endured. Despite all this, the people of both the province and FATA have consistently sought schools that offer a quality education to their children.

Governments since 2008 have sought to address the demand for education in Khyber Pakhtunkhwa through a series of reforms. The current government that took power in the province in 2013 has made substantial efforts to provide schools with key inputs, including improved school facilities and infrastructure, increased budgetary allocations, and a new generation of teachers recruited through a merit-based process.

An analysis of education sector indicators demonstrates significant movement in the right direction. This report recognises this and attempts to engage in a treatment of Khyber Pakhtunkhwa given its unique context. This context is marked with significant progress towards improving education provision, as well as unique challenges that merit specifically tailored analysis taking stock of the gains, while identifying what needs to be done to adequately build on what has been achieved.

We identify challenges and enduring gaps whilst acknowledging meaningful progress that needs to quickly evolve and grow, in order to address the mammoth needs of the province.

Pakistan District Education Rankings 2017 has shown that Khyber Pakhtunkhwa has moved up the index and now leads the provision of infrastructure at the primary level across all the provinces in Pakistan; however, at the middle school level Khyber Pakhtunkhwa is at the second spot after the Punjab. Similarly, on the education score and beyond primary readiness score index Khyber Pakhtunkhwa lags behind the Punjab, Islamabad Capital Territory and Gilgit-Baltistan. The reforms introduced during the current tenure have had some success in identifying closed schools, in recruiting teachers on the basis of merit and reducing teacher absenteeism in government schools through accountability mechanisms and in partially addressing the issue of better spending by popularising the role of PTCs. Yet, Khyber Pakhtunkhwa continues to suffer from an education system that is unable to produce high learning outcomes among its students; especially in that of maths and science.

This document aims to contextualise the challenges faced in the provision of education across Khyber Pakhtunkhwa and summarise successes in education reform over the last five years. In the coming five years, Khyber Pakhtunkhwa may have a generational opportunity to ensure that all children have access to high quality education. This document attempts to frame how this opportunity may be utilised.

Peshawar: The Government of Khyber Pakhtunkhwa has made improvements in coverage of physical facilities across schools, recruiting teachers, increasing attendance and instituting new development programs. However, the province s...
Read More

Our Picture and Video gallery 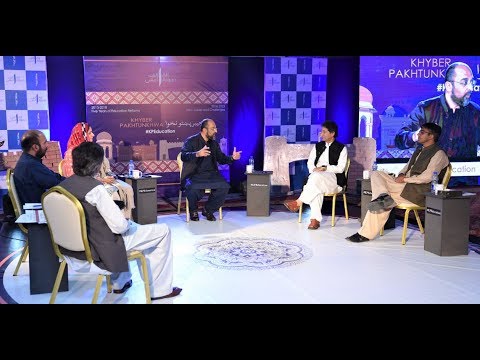