Libraries play an essential role for the development of any nation. A library is a place of learning and a student can study in peace surrounded by books. This evinces an interest in books, reading and enhances knowledge.

Unfortunately, Balochistan is lacking in educational facilities and libraries are no exception. This is possibly one of the reasons that Balochistan is going toward backwards in education and literacy, even though the province is said to be rich in resources and also has a decent-sized budget.

Even Quetta, the capital of Balochistan, is no exception.  A large number of people from different districts of the province go to Quetta for higher education, but the city is lacking in libraries. Quetta has just one public library (Balochistan Provincial Library Quetta) which is lacking in books, seating and other necessary facilities for the students.

The students were compelled to visit the University of Balochistan library and BMC library to study. But first the University of Balochistan closed the door to outside students who wanted to prepare for CSS and PCS exams. Now the BMC has also closed its library for outsiders which has created a huge problem for the students. Students are suffering from lack of libraries and a conducive environment to read and study.

I am a resident of Turbat, the second largest city of Balochistan, but I cannot find any good library where we, the students, can study properly. There are two ‘libraries’ here at present but they can hardly be called libraries where a student can find books and reference material and be able to read. Recently, I visited the University Public Library, the biggest library of Turbat, where I was told by students that the library is closed for some function. The library is meant only for the students but its doors were closed to them.

This is not the first time, University Public Library is being used for other activities regularly. Students are turned away but meetings, different programmes and other events are being held in the library. During such events students are barred from the library. Even when we can actually enter and try to use it there are several impediments. The library is facing an acute shortage of books.

The second library of Turbat (Turbat Digital Library) is just a one-room facility. This, when Turbat is the second largest city of Balochistan, having a large number of students, and it is impossible to fit those of them who are interested in using the library into one room. Even in this one room the reading material and books are insufficient and the seating inadequate with only 15 to 20 chairs available.

When I visited last, the library was full of students and, due to insufficient room and seating, many students were sitting outside. I also had to sit outside. The students of Turbat are keen to acquire knowledge, but they are being denied opportunities, libraries being one.

When the second biggest city of Balochistan is suffering from such a lack of reading facilities, one can imagine the situation in other areas.

I earnestly request the government to ensure that the libraries have the basic facilities. Given the small number of libraries in the province, it should not be difficult for the government to address this issue on an urgent basis and end this neglect of a basic need of the students. 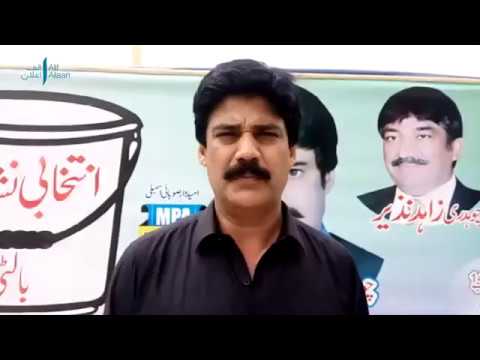 The need for passionate teachers

Time has come to demand quality education in exchange for votes