After a lively discussion in Multan between candidates running for assemblies in the July 25 general elections on the one hand and experts, teachers, education officials and concerned citizens on the other, it was agreed that a united effort was needed to ensure provision of quality education in government schools.

The consensus was reached at an event, ahead of the general elections, organised by education advocacy group Alif Ailaan and an NGO, Educate South Punjab, in Multan. The participants were informed that Multan district is ranked 18th in country-wide in education scores, according to latest data.

The data showed that district Multan was ranked at 21 for providing facilities to schools but there were still 924 schools which don’t have a building, compelling students to attend classes under the open skies.

It was also established that there was a decrease in number of schools in the district, as it went down from 1,428 schools operating last year, to 1,313 schools this year.

Ali Qasim Gilani of Pakistan People’s Party while speaking at the event said that it is imperative that a united effort is needed to promote the cause of education and all parties needed to commit to this cause. For a worthwhile improvement political will was needed. He said the media has brought awareness to the masses and now they are vocal in demanding quality education for their children as is their right.

Malik Muhammad Amir Dogar of Pakistan Tehreek-e-Insaf said that it is important that state utilises its resources to improve the situation in government schools so that people don’t have to send their children to private schools. He said PTI had done exemplary work to better the quality of education where it was in charge and he committed to doing the same in Multan if elected.

PMLN leaders while speaking at the event said that while their government did its level best to try and implement Article 25 of the Constitution to provide free education to children between the ages of 5 and 16, a lot of work was still needed. The state will need help from social welfare organisations as well, which should step forward to play their role. Those representing the PMLN were Shaikh Tariq Rasheed, Salman Ali Qureshi and Amir Saeed Ansari.

Other speakers highlighted the lack of facilities and qualified teachers in schools and said it was necessary to meet the requirement at the earliest so an entire generation of students is not made to wait and suffer.

A call was made to increase the annual spend on education to 4 per cent of the GDP. A charter of demands was also presented to the political leaders at the event to secure their pledge that they would work towards advancement of education once they get elected.

The event was widely attended by teachers, students and other members of civil society. 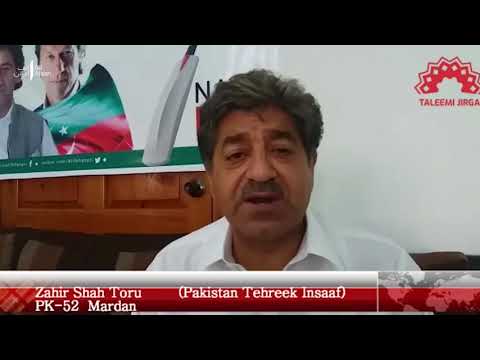 State of infrastructure in Badin is crying out for radical steps