Understand, evaluate rather than rote-learn

“10 plus 5 is equal to 15,” repeated the students verbatim for the seventh time in a row. “Very good, students!” the teacher replied, a clear indication of triumph in her voice. Her students had finally memorised the equation, giving her a sense of accomplishment. Little did she know that she had accomplished close to nothing.

Every day, boys and girls of every age across our country are urged to memorise without understanding the essence of what they are learning. Curiosity and interest continues to deteriorate amongst youngsters because inquisitive behaviour is shunned.

This of course has repercussions later. At one point or another, the same student finds himself/herself stuck because the foundation of concepts that other more elaborate concepts are built on falls weak.

We want our children and students to build themselves an empire. We might even provide them with the necessary tools. But we don’t give them enough time to build a strong building. We don’t let them experiment. And that is what makes their building weak.

On numerous accounts my 6-year-old sister has asked me how to spell a certain word. When I encourage her to sound it out and experiment, she simply shakes her head stating that her teacher would be disappointed in her if she spelled it wrong. When kids are scared to experiment at school, you know the education system is flawed.

What can we do, then? How can the issue at hand be fixed? Let’s go back to the equation at the very beginning. Instead of asking students to memorise the equation, the teacher should give students a hands-on learning experience that reiterates whatever they’ve learnt. A very simplistic but effective way to accomplish this with addition is to allow kids to get their hands on physical objects, blocks per se. When they add 5 blocks to 10, they’ll understand why and how it equates to 15.

Alif Ailaan
Vast improvements in KP schools infrastructure but a long way to go in quality
Peshawar: The Government of Khyber Pakhtunkhwa has made improvements in coverage of physical facilities across schools, recruiting teachers, increasing attendance

The example may be very simplistic, but the concept can go a long way. One can only imagine the outcome that hands-on learning experience will bring if applied to every field. Our understanding of science will expand because more fundamental questions will be raised, allowing us to dig deeper rather than just touching shallow grounds.

Initiatives such as the STEM program are working hard to instil such behaviour in young teens, equipping them with all the necessary tools to be the next big scientist. However, the goal should be to make hands-on learning so common that it would be odd to rote-learn and memorise rather than understand and evaluate.

We can all contribute to this new ideology, and better yet urge the government to lend their support in revamping the education system. Our grading system should inculcate evaluation based on understanding of knowledge rather than the ability to retain facts.

If we make hands-on learning a common practice and abolish rote-learning from our education system, I can only imagine how far our country can go. Indeed it is true that education is a weapon that holds the ability to change the world.

Writer is a seventeen year old girl out on a mission to do something unconventional, attended STEM School in 2017

Government should take demonstrable measures to encourage them 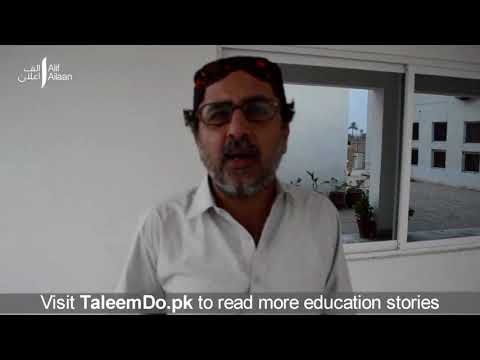 Salvaging the situation is not a one-organisation job